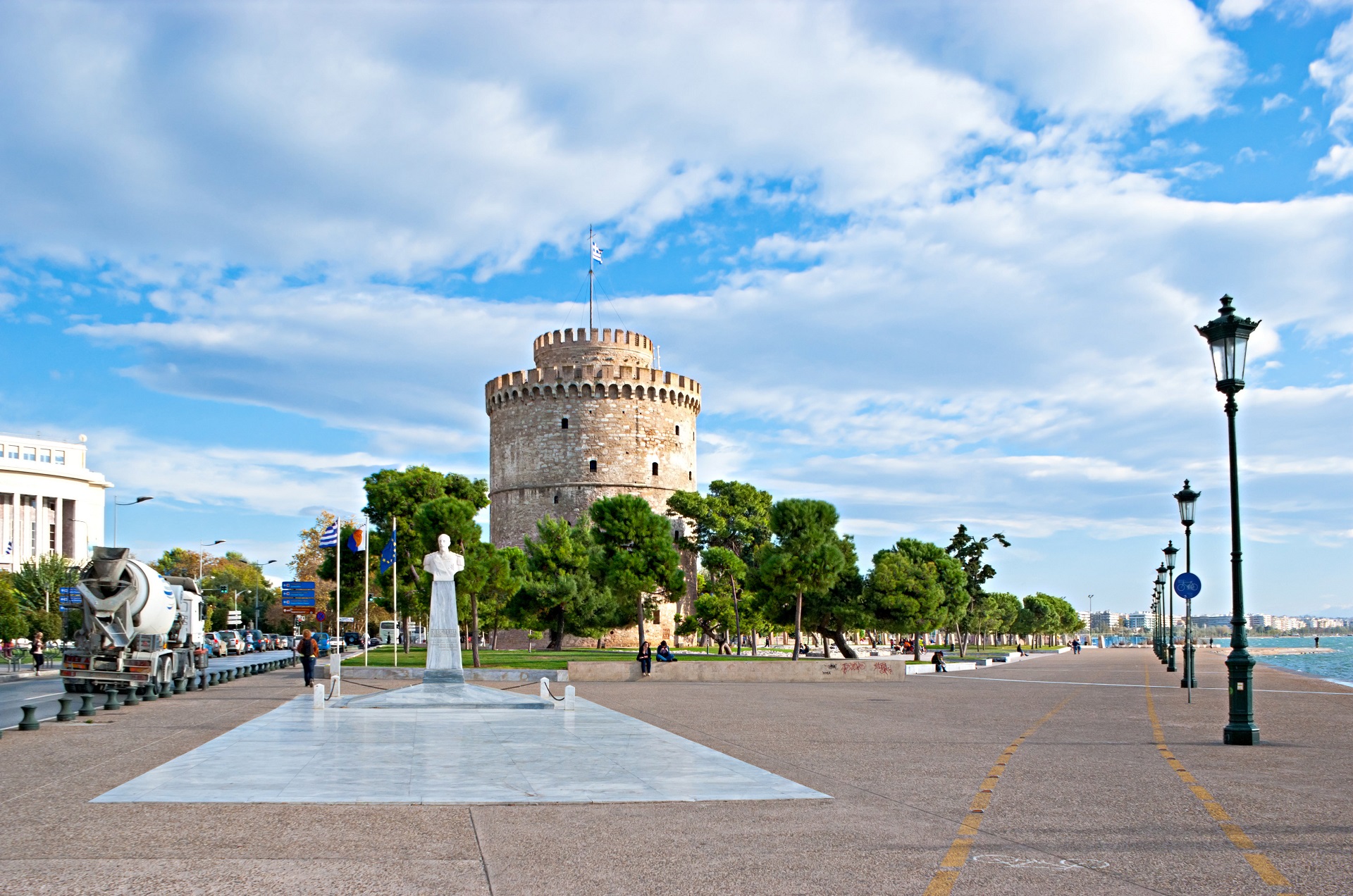 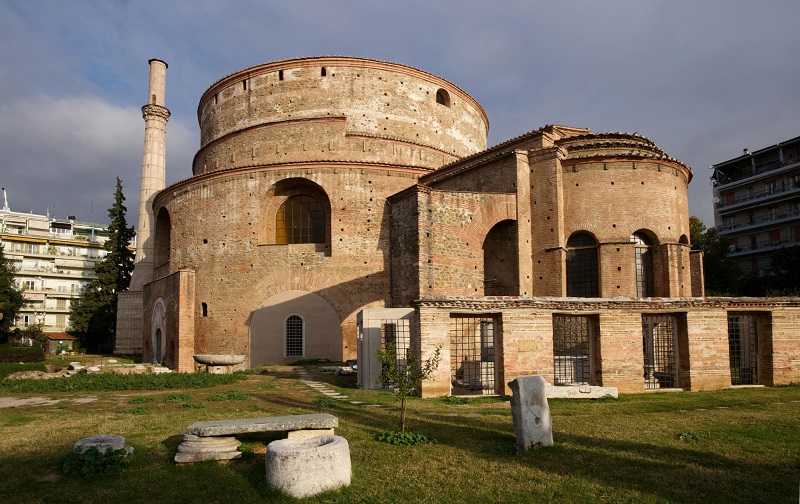 The Rotunda which has been considered for a long time to be an authentic element of the fourth-century Roman Emperor Galerius palace, possibly a temple, seems instead to have been first constructed by Constantine the Great in the 322-323 AD. It was discovered in the new studies by Greek art historians and archaeologists. 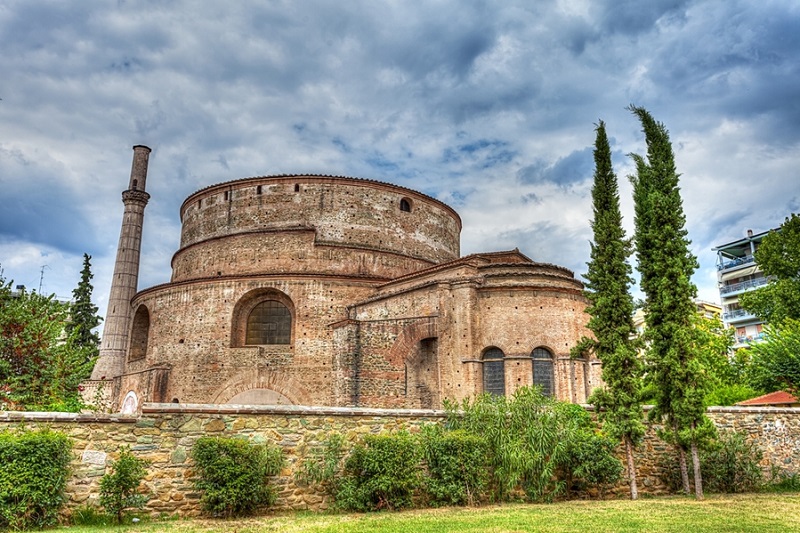 The new interpretation proposes that the Rotunda was designed as the third mausoleum of Constantine the Great. In recent times, its mosaics are considered just as magnificent as those of Ravenna. The mosaics depict Emperor Constantine and his courtiers alongside Christian motifs to represent the Roman imperial, as well as the early Christian world uniting. The Rotunda later became the first Christian church in Thessaloniki during the 4th-century AD, but in 1591, it finally became an Ottoman mosque.

The White Tower is the most symbolic historical monument of Thessaloniki.  Once known as a place of execution and prison, the White Tower was built in the late fifteenth-century by the Ottoman Turks. The then Byzantine defensive tower was erected inside a small, octagonally-walled sub-fortress at the southeastern location of Thessaloniki. The place is called several names across centuries including The Janissary Tower, The Blood Tower, and the Lion’s Tower. The White Tower took its current designation in the late nineteenth century after of the prisoners of the tower whitewashed it for them to be free. 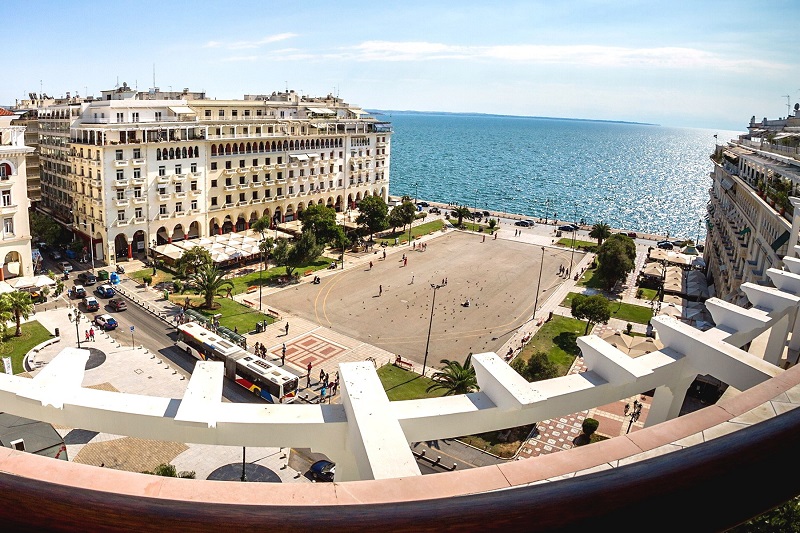 Aristotelous Square is home to sophisticated similar buildings, and cafes, pigeons from Piazza San Marco, amongst others. The picturesque AristotelousSquare offers amazing views of Mount Olympus. Modern, multiethnic and at the same time completely Greek, it is an excellent blend of motifs and color. It reflects the Byzantine heritage of the city, accelerated with a wonderful succession of arcades similar to the rue du Rivoli. The beautiful buildings lined up in sequence in the square are by several architects (Architects Triantafillidis, Konstantinidis, and Vokos for the Electra Palace Hotel, and Jacques Mosset for the building sheltering the Olympion). These buildings are varied in detail, however, unified by the common pattern of the original city plan of Ernest Hébrard.  The Aristotelous Square itself is wide enough for public events and celebrations but not so big enough for one to get lost in the crowd.

The Arch of Galerius 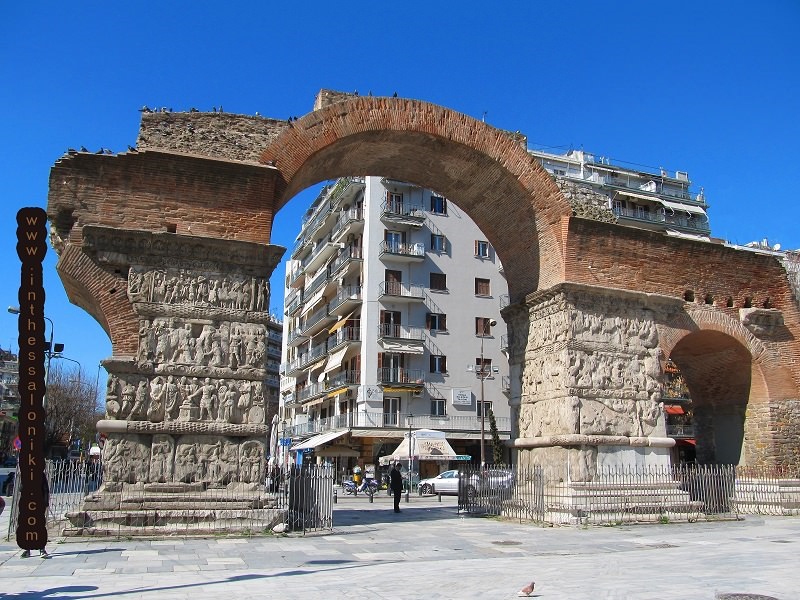 This is the solitary monument of the city’s Roman past called the Arch of Galerius (a.k.a Kamara). In the past, it was an integral element of Emperor Galerius’s complex palace (ruled 297-311 AD). It was built in the late third and early fourth century AD.

The main piers of the relief-sculpted ceremonial arch are decorated with complexly carved panels. There are propagandistic panoramas that confirm the authority of Galerius as he combats Persians and present sacrifices.