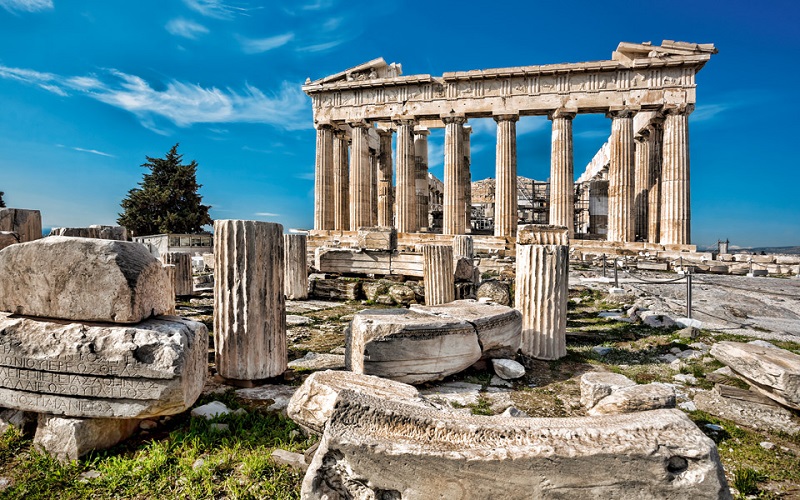 The architecture in Greece is living proof of the different people that have inhabited the ancient country over the centuries. The buildings showcase Minoan, Byzantine, Ottoman, Venetian, Roman and ultra-modern styles. These stunning structures are either in the form of temples or churches, mansions, or palaces. Here is the most beautiful architecture in Greece. 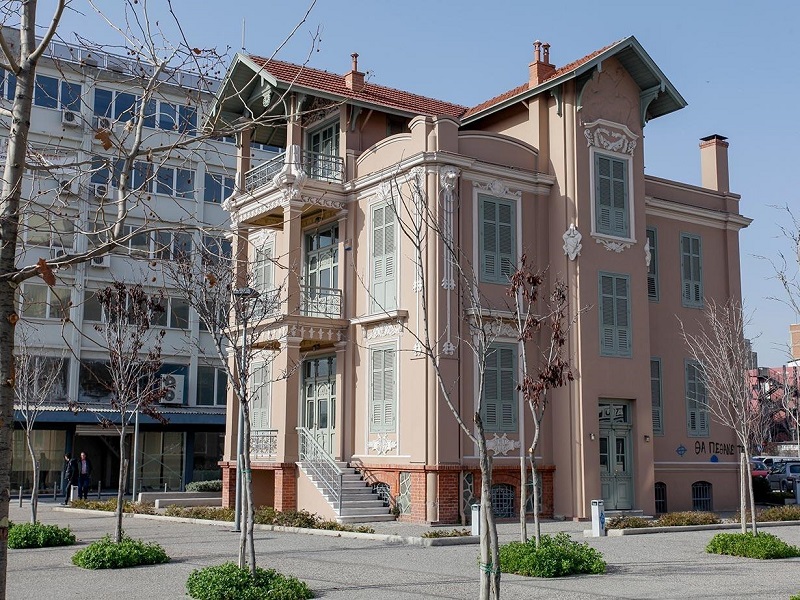 The 20th century Villa Petridis is a stunning mansion that survived the Great Fire that occurred in 1917. The charming building located in Thessaloniki is opened to the public, especially those who which that view the spectacular art nouveau elements it houses. 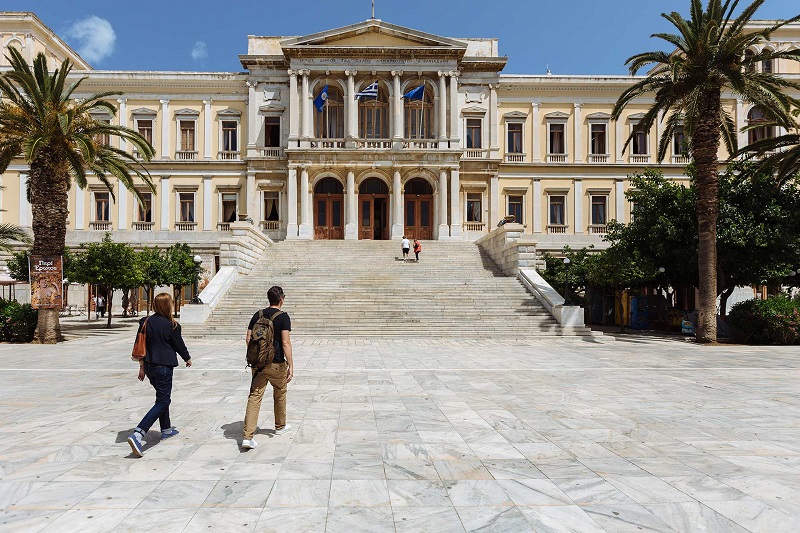 Syros is the capital city of Cyclades. It is not one of the loved destination spots in Greece, but it stands out because of some of its side attractions. One of the beautiful places in Syros is the city’s Town Hall. The neoclassical-style Town Hall is located at Miaouli square. The Archeological Museum of Syros and the Court of Land Registry are located in the Town Hall. 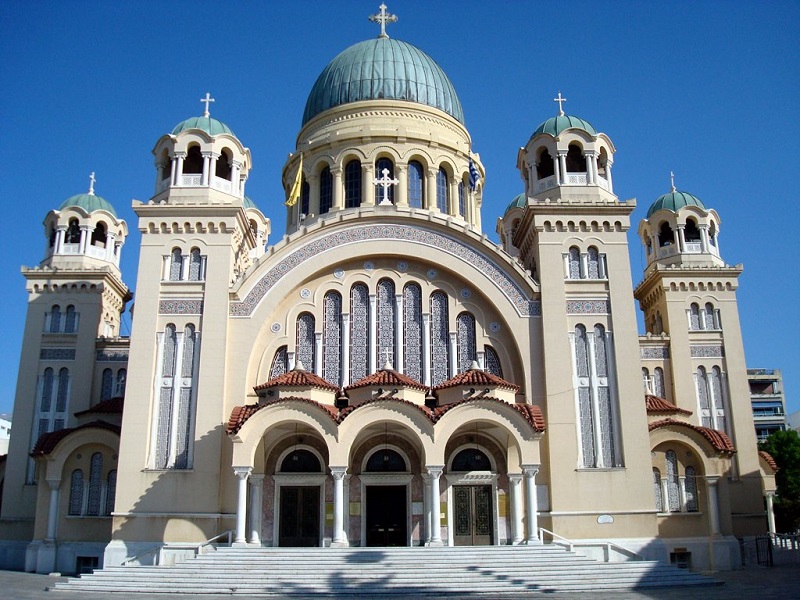 Nestled in Patras is the enormous Basilica of Agios Andreas which translates to St. Andrew’s Basilica in English. The mammoth structure was constructed at the beginning of the 20th century, and it happens to be the biggest church in Greece. This Byzantine-style building houses relics which belong to the church’s patron, St.Andrew, who was crucified at Patras. 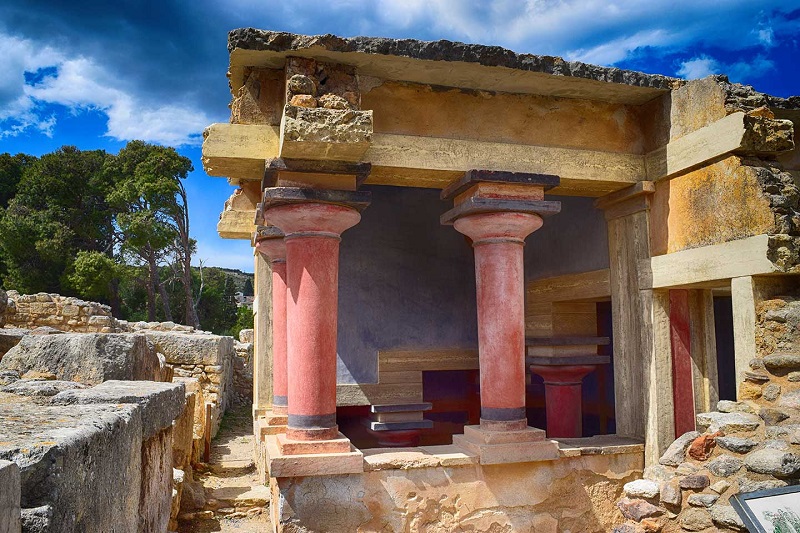 Knossos Palace located in Crete was a thriving spot especially at the time when the Minoans called Greece their home. Knossos is one of the biggest archeological sites in Europe, and the palace is one of the most beautiful ruins you will find in the region. Once the imperial seat of the Minoan King, Minos, the palace has become a tourist hotspot especially for history buffs who want to unravel more about myths like that of the Minotaur. The frescoes and beautiful mosaics will make you feel like you stepped into a world of magic. 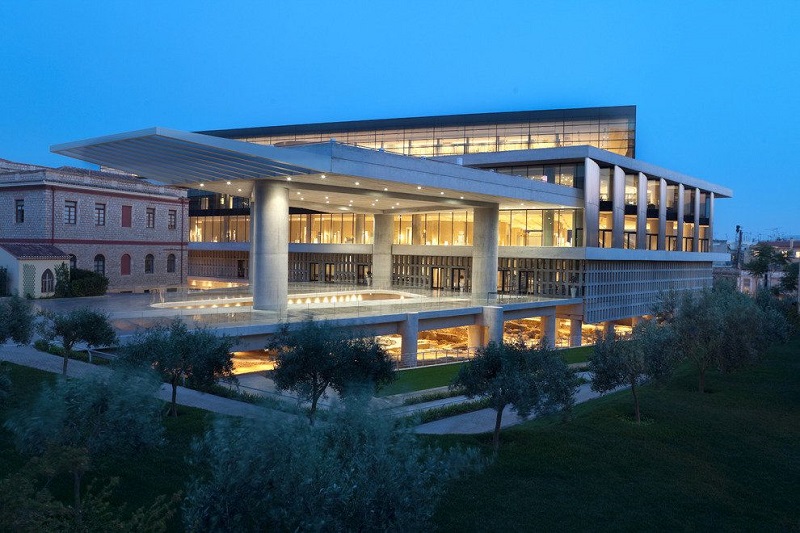 The Acropolis museum located in Athens is an ultra-modern building that houses the significant finds that were discovered at the Acropolis. The enormous repository boasts of remarkable lighting. The Acropolis museum is built in such a way that tourists can have amazing views of the ancient city of Athens beneath their feet via the glass flooring which shows the beautiful ruins. 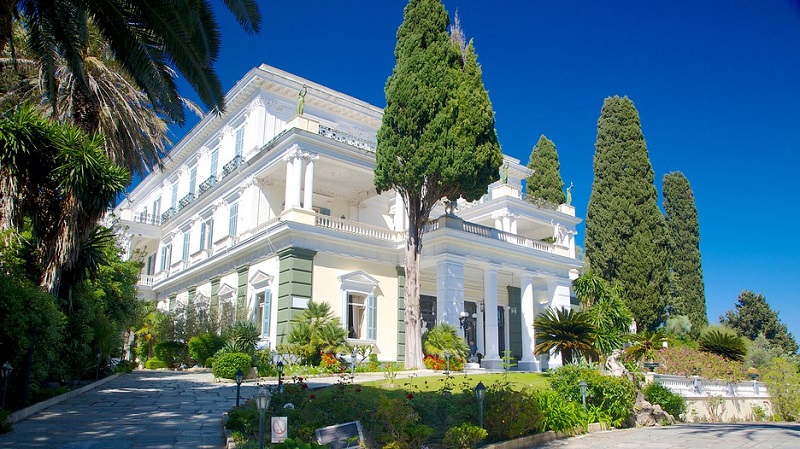 The Acheilleion Palace is situated at Gastouri, a small village located in Corfu. It was built for the regal Austrian monarch, Empress Elisabeth of Bavaria who was nicknamed ‘Sissi.’ The architectural design was planned with Achilles in mind. The palace boasts of multiple paintings and sculptures of the mythical hero. From the palace, guests can have the best views of the entire island.

The Parthenon in Athens is the most stunning work of architects. The ancient landmark was built of the imposing hills of the Acropolis in Athens. The Parthenon was built in the primeval times and was dedicated to the goddess, Athena. The Parthenon has adopted different uses ever since it was constructed. In the Byzantine era, it was used as a church, when the Ottomans invaded Greece; it was converted to a mosque.

The Best Greek Islands to Visit Based On Tranquility