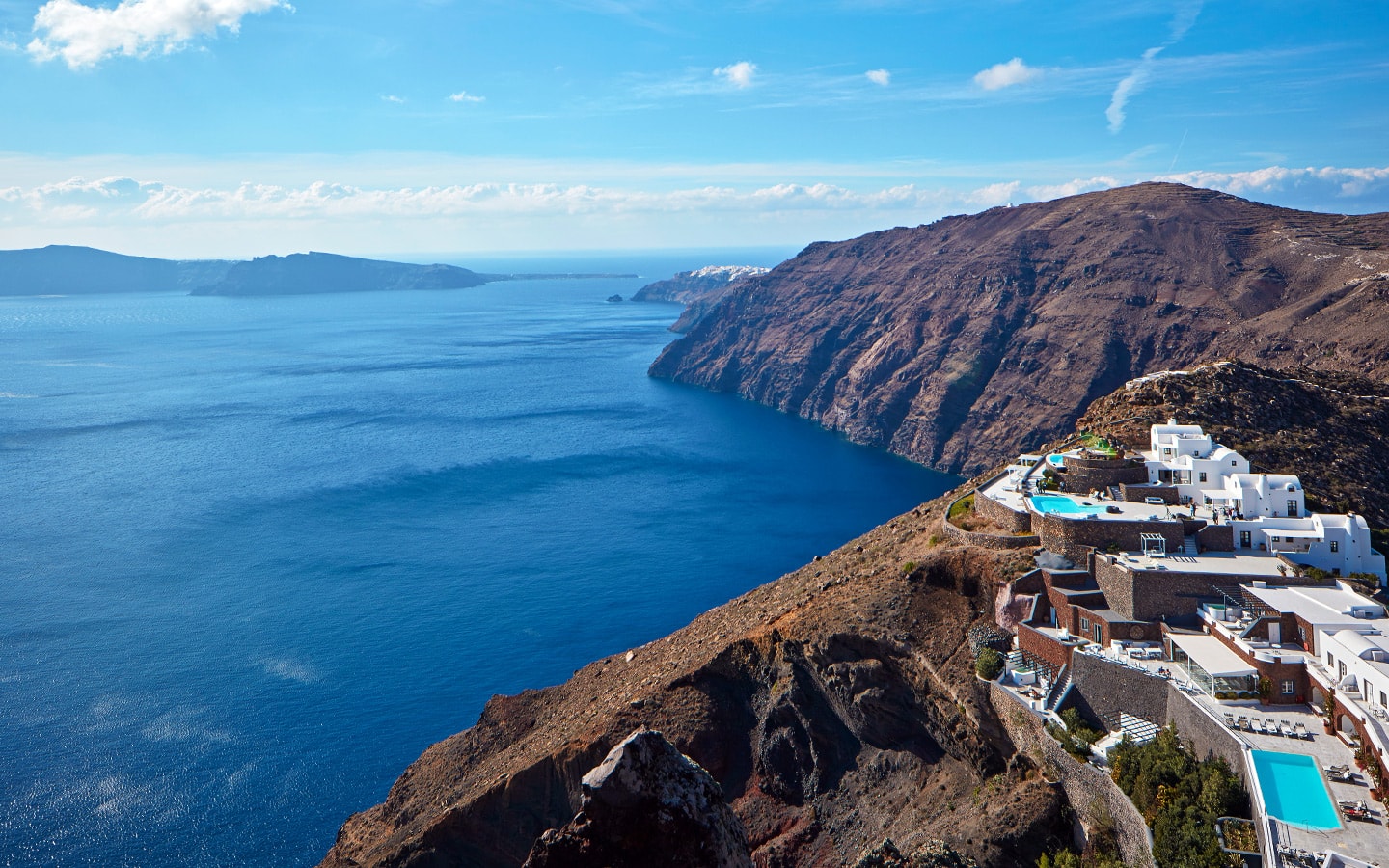 The 3 millennial old caldera popularly called the Santorini Caldera is one of the surviving natural wonders of the earth. The cauldron formed by the Minoan eruption changed the seascape of the Mediterranean for all eternity. These are some interesting facts about the Santorini Caldera. 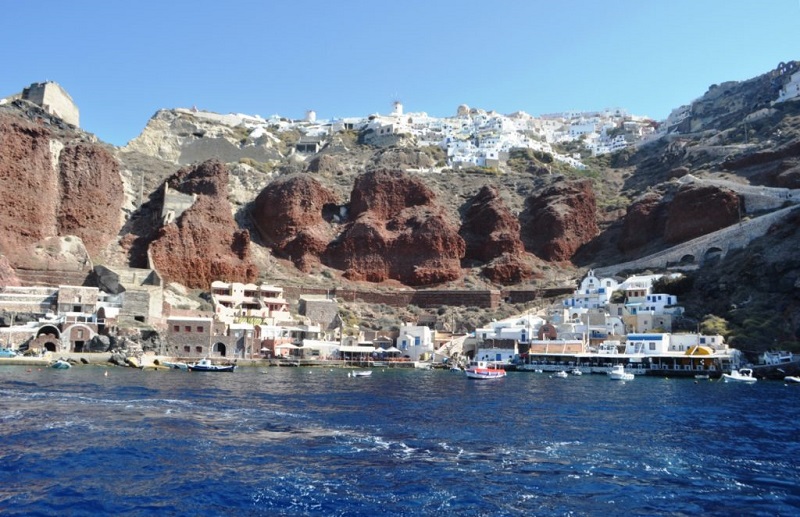 The Caldera sits below the round shaped Santorini Island, but it is a known fact that the caldera has two tiny volcanic islands at its center. These islands are the Palea Kameni and Nea Kameni. Also situated close to the caldera are the islands of Therasia and Aspronisi. The Nea Kameni and Palea Kameni which means New Kameni and Old Kameni respectively are made entirely of lava rocks and uninhabited. 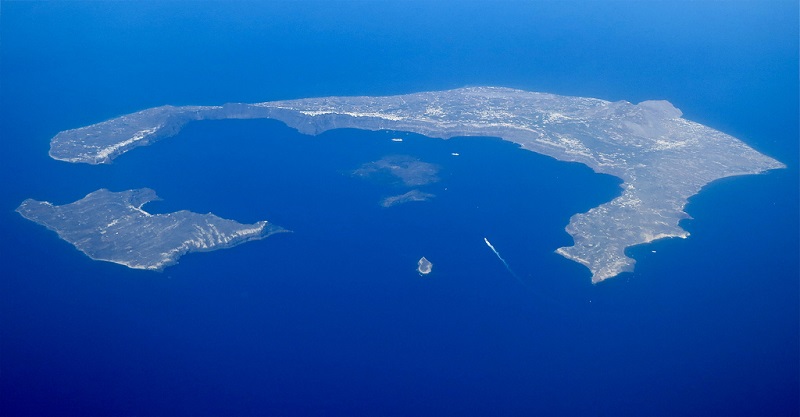 The Santorini caldera is a huge crater. It has a length of 12km, a width of 7km and a staggering height of 980ft. The caldera is about 1000ft above the sea level and another 1000ft below the sea level. 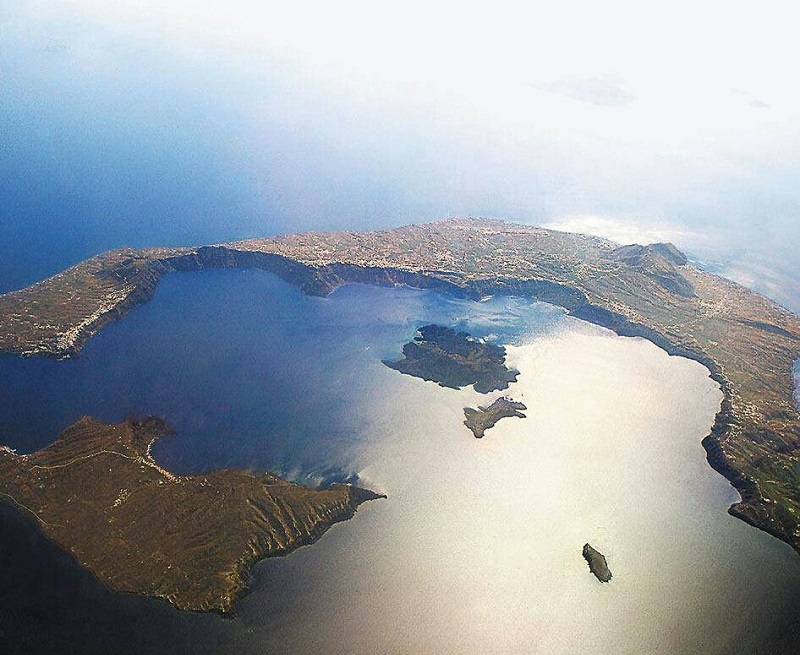 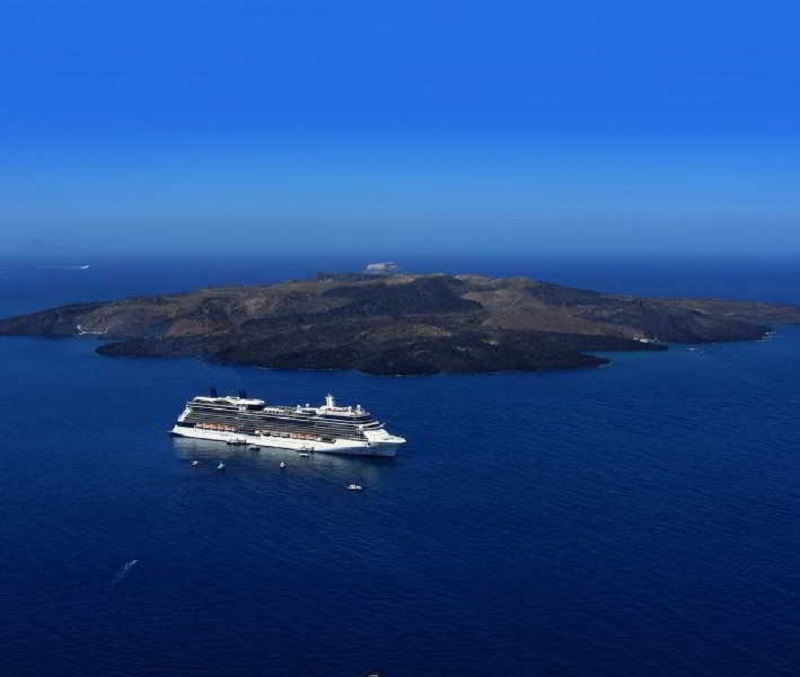 The volcanic islands around the caldera are still very active. The most recent eruption occurred in 1950. Presently, there are only fumarolic activities inside the active craters. 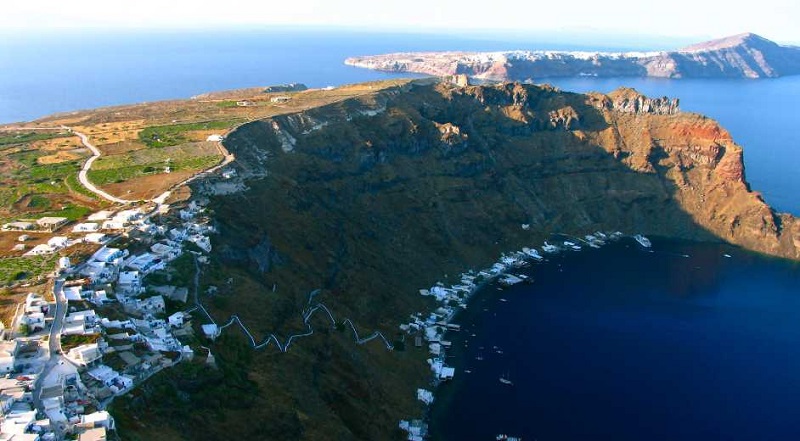 The formation of the caldera resulted in a change in the climatic conditions of the island.

It is believed that the large Minoan eruption of the island caused the disappearance of the mythical city of Atlantis. Atlantis was believed to be the home of the mythical god, Zeus, his earthly wife, and their ten children. Legend has it that after the city was conquered by the Athenians, it lost its glory. In the bid to save what was left, Zeus and the other gods sank the entire island by causing a power earthquake and serious flood to swallow up the city forever. The eruption was characterized with different mudflows, massive lava fountains, pyroclastic surges and phreatic explosions. 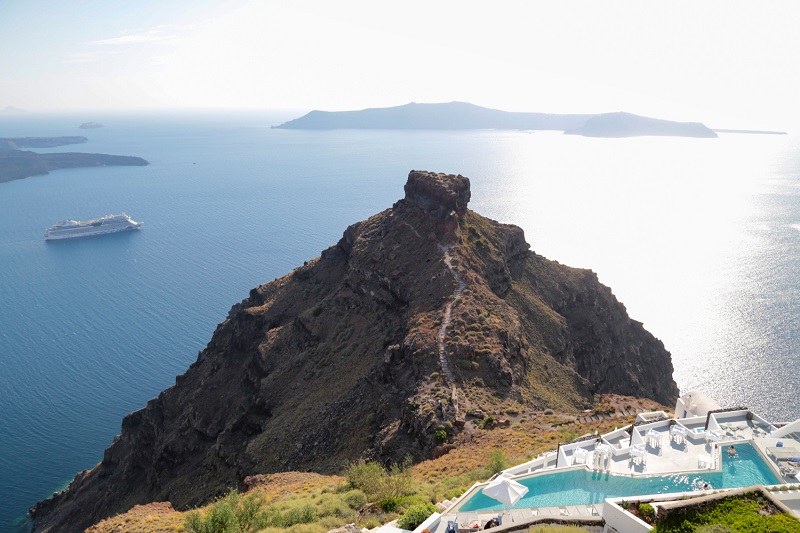 The caldera is a basin whose landscape comprises of steel rocks and rugged cliffs which towers towards the skyline.

Heart of the island 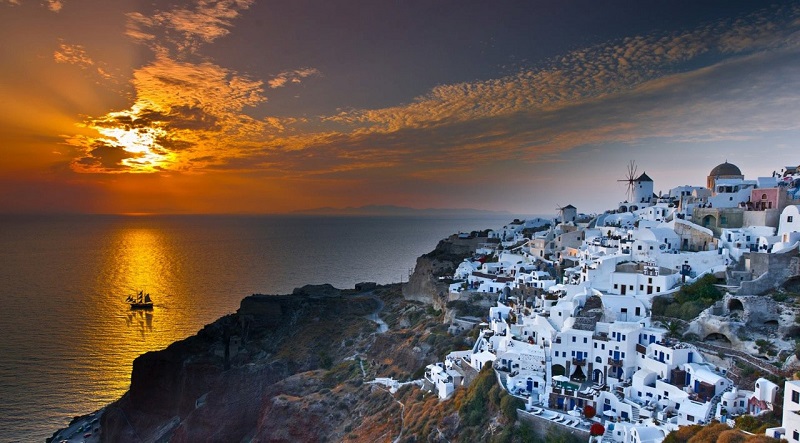 To the North, the caldera is bounded by the scenic village of Oia. Oia is a tourist haven filled with breathtaking hotels, beautiful bars positioned on the slopes which give the best views of the island. To the eastern elevation of the crater is Fira. A charming town located at elevated cliffs which measure about 1,200ft from the sea level. Like Oia, Fira also provides guests with sweeping views of the caldera. 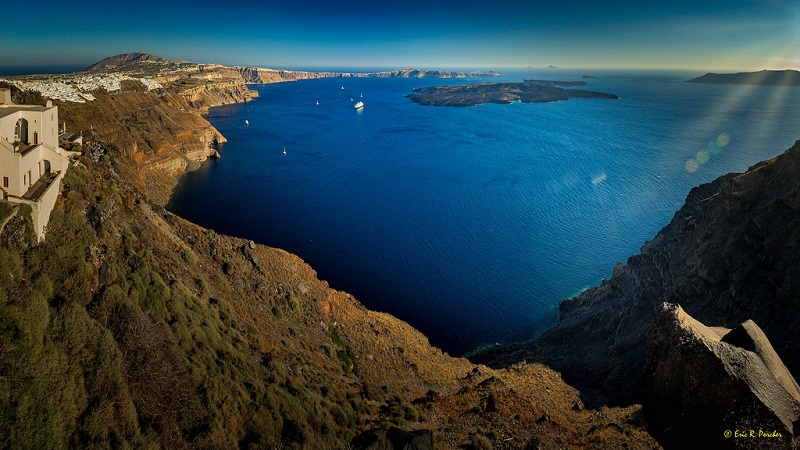 Till date, the Santorini caldera has become of one the most significant geological and geographical configurations on the planet, and it has been the focus of complex research in the fields of Archeology and Geology.