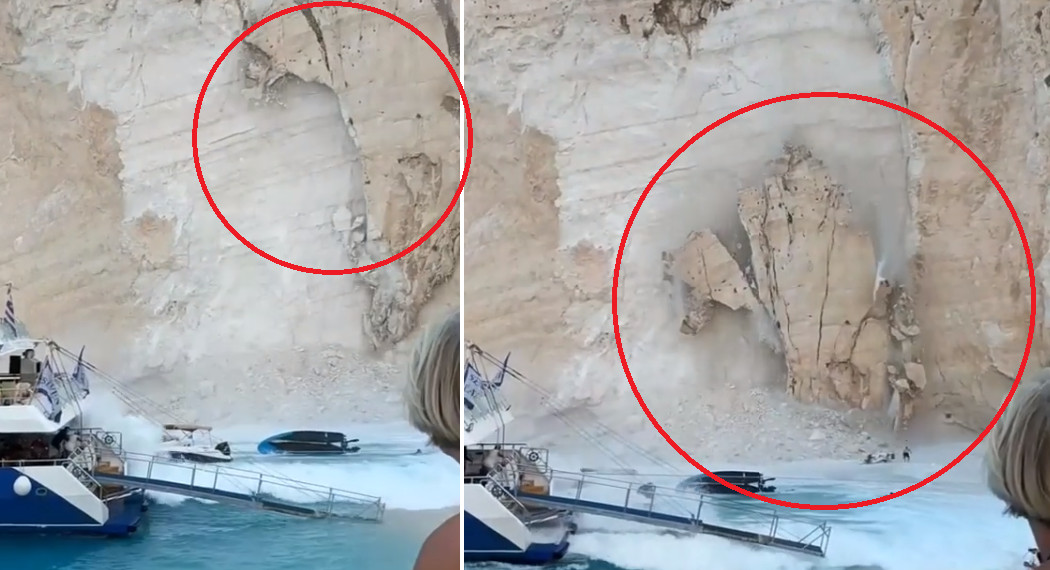 If you’ve heard of Zakynthos then you’ve more than likely also heard of its miracle beach, Navagio beach, which means shipwreck beach and has taken its name from the old shipwreck found on it. The beach is neatly nestled on the side of tall rocky cliffs. It is one of the most postcard worthy beaches in Greece.

However, due to erosion and passage of time, the cliffs around the beach are not stable and just this past month there was a massive collapse of the cliff walls on one of the sides. This was an incredibly horrifying experience for the hundreds of tourists that were there at the time. Luckily only one side collapsed and no one was killed but at least 7 tourists were injured.

This is part of the reason why it’s never advised to sit next to eroded cliffsides, as they could collapse at any time. Everyone who saw what happened received a very terrifying lesson but luckily no lives were lost. Navagio beach receives thousands of tourists every year and many different activities take place there. Will the cliff’s sudden collapse hit the numbers hard?