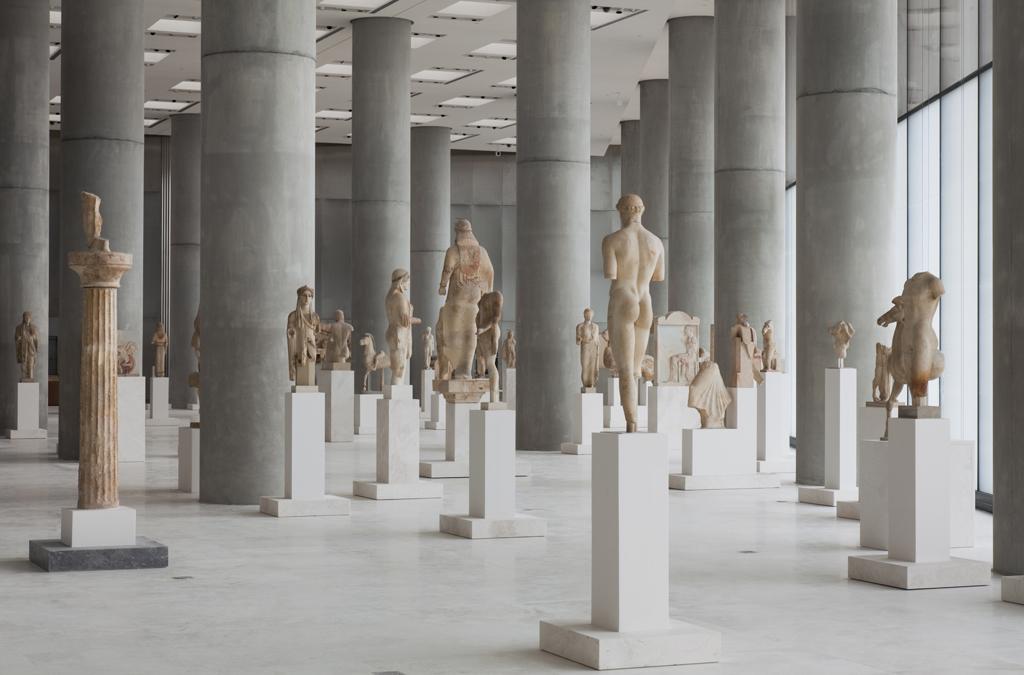 The Acropolis museum in Greece is one of the most charming museums in the world. Ever since the doors of the popular art repository opened to accept visitors in 2012, a staggering number of 8 million visitors have visited the iconic site. The museum is a testament to the fact that Greece is the home of some of the most breathtaking artifacts known to man. Each floor of the museum has a gallery. There are three main galleries in the museum which include the Parthenon Gallery, the Archaic Gallery and the Gallery of the Acropolis Slopes. These are some of the important exhibits at the Acropolis Museum.

Exhibits at the Gallery of the Slopes of the Acropolis 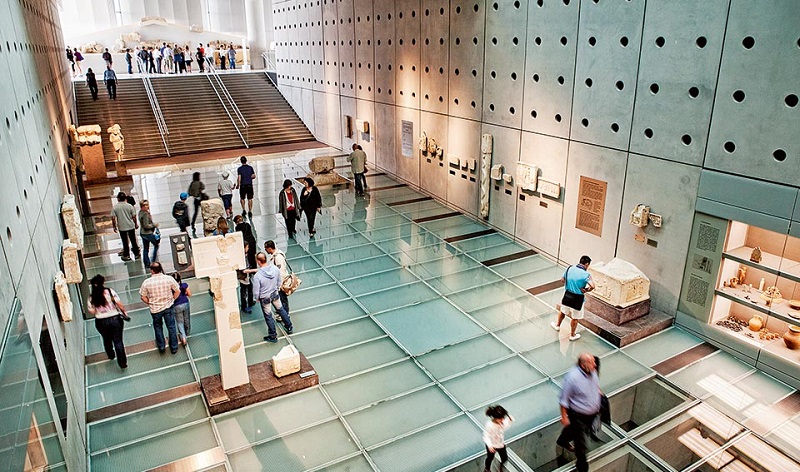 At this Gallery, you will see significant finds found in the sanctuaries that were built on the slopes of the Acropolis. This Gallery which is located on the ground floor also houses exhibits that were used by ancient Athenians during their day to day activities.

At the Acropolis museum, there are exhibitions of excavations that took place in the present site of the museum, which were left the way they were discovered. These exhibitions reveal more about the ancient Athenian City and visitors can view the excavations through the huge glass openings. It was left this way to enable visitors to travel back in time when they walk above the remains of the old Athenian city.

The Archaic Gallery is located on the first floor, and it measures 9 metres in height. This gallery houses exhibits that once beautified the first temples that were built on the Acropolis. In this gallery, you will also find the votive offerings such as lovely old Korai, Hippies (ancient horse riders), stunning statues of Goddess Athena, sculpted male figures, bronze artifacts, clay offerings and some marble reliefs.

On the first floor, exhibits from the Propylaia, the Erechtheion and the temple of Athena Nike are also housed. At the North wing of the Archaic Gallery, visitors can have views of sculptures from the Classical times alongside their Roman replicas. Relief sculptures, bases and votive structures which have been in existence since the Middle Ages are also preserved in this tall gallery. There are also some significant finds which date from the Byzantine era.

Exhibits at the Parthenon Gallery 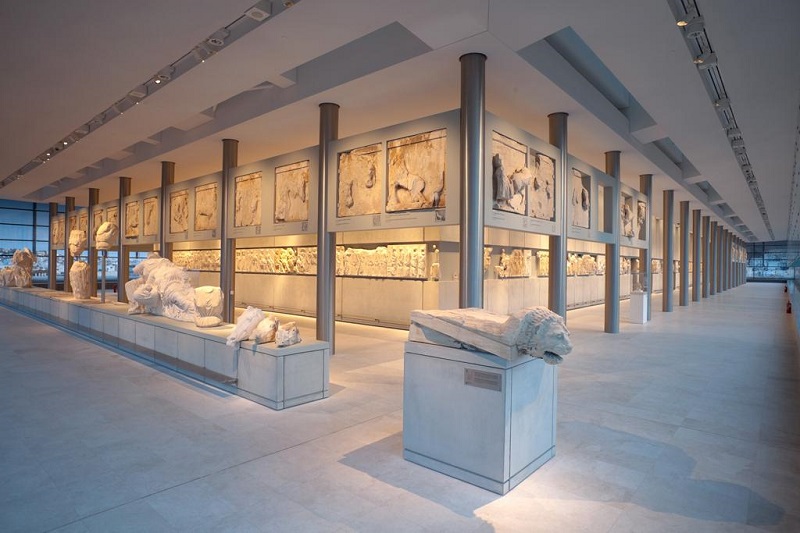 On the third floor of the Acropolis Museum is the glass-encased ‘Parthenon gallery.’ This gallery houses sculptures which depict the Parthenon frieze. These structures are showcased in a particular sequence. Exhibits which are showcased here include; marble relief which has depictions of some Greek gods and goddesses, the metopes. The marble reliefs are exhibited between the columns of the gallery which are made of stainless steel. The columns are the same exact number as the columns of the Parthenon. Also in the Parthenon gallery are the iconic figures of the two pediments which are located at the east and west ends of the Parthenon Gallery.

The two pediments on the east and west sides depict the birth of Athena from the head of her father, Zeus and the fight that erupted between Athena and Poseidon over Attica, respectively.

A Personalised Walking Tour Through Athens With Greek TravelTellers